Grace to Show Up

Today, for A Feast of Crumbs’ inaugural guest post, I’m thrilled to be hosting my lovely friend Norissa Lears. We met when I was in college and she was in graduate school. I’ve found Norissa to be a person who chooses her words carefully and tells the truth: if something is hard, she says so. She’s navigating the early motherhood years with honesty and truly, grace. I appreciate her voice so much and consider it an absolute honor to share her words here.

I feel like I keep failing the Sunday morning test. The one where I’m supposed to get myself and the two kids ready and out the door for church without yogurt smears on my skirt or sweet potatoes caked in their hair, and without going all Crazy-Mom on the four-year old when he strips his pants and underwear off to go potty and will not be wrangled back into them 20 minutes past our departure goal. The one where I’m supposed to show up on time.

The one where I’m supposed to show up, period.

And I guess that’s what I’m learning from this particular struggle. That it is impossible, but for Grace. And I’m starting to think that’s a lot of what Grace is: the ability, as well as the opportunity, to show up, trailing behind, empty-handed and broken, stained with the efforts of trying to please others, grimed with the remnants of attempting to satisfy my cravings, with the jagged holes and dark places, hair unkempt and no make-up. All of it showing.

Showing up was the last thing I wanted to do on this particular Sunday. Given that my husband had a rare break from playing the piano during the service, we could all go together as a family. But I was tired, disgruntled and frustrated about several circumstances, and wanted to just stay home.

The only reason I acquiesced to attend was the lure of an interesting biography. The Sunday morning before All Saints’ Day, which my church observes in conjunction with Reformation Day and with a carnival for the children, the sermon always features a past saint–not in the sense of someone holy in and of themselves, or someone who performed miracles, but in the sense of being a follower of Christ, an ordinary person whose life was transformed by an extraordinary God-Man. Though many a sermon has washed over me in the same time, I can list the subjects of each of the past 7 years’ biographical sketches from memory. This time, though, not even a narrative could vie for my attention as I nursed my anger and disconnection.

At the end of this service, though, my attention was riveted during the concluding hymn, when the instruments dropped out of the last verse. I don’t remember the words, or even the song we were singing, only that all of a sudden, everything changed. Instantly, voices became distinct around me: the operatic soprano, whose voice sailed from across the other side of the sanctuary; the smile in Catie’s bright descant behind me; my husband’s unpolished tenor beside me; the baritone plodding the supporting tones in front of us. And I could hear the catch in my own voice as it wobbled, the hardness I had built up over the morning starting to crumble.

“(He) will rejoice over you with singing.” Zephaniah 3:17

In that moment, without the usual instrumentals blanketing the singing, each individual voice became to me a lifeline, a note in the Creator’s Song of Grace.

Eyes closed, I pictured the pared down worship of pioneers absent an organ or piano, of believers in underground churches today on the other side of the globe, of the first followers of the Way. Saw myself as part of a body, broken and fumbling and in need of restoration as it is. Connected, if only by the strains of a harmony in this moment, to the ones immediately surrounding me as well as those across town, across the world, and throughout the centuries, across the divide of time and eternity. And the Divine Voice, rejoicing over all of it– the mess, the broken, the Redeemed. 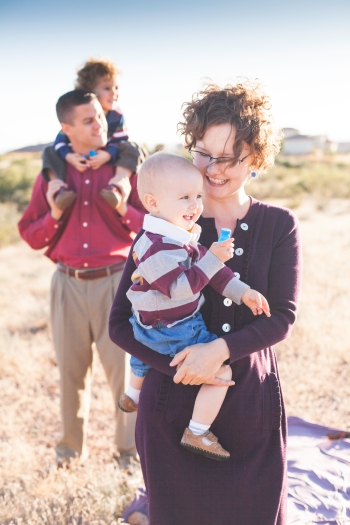 Norissa Lears is a wife, mama to two small boys, and writer who blogs at Gracewritehere.com, where she attempts to record the incredible, radical Grace she’s experienced, and create some beauty out of the messy, imperfect moments of life.

14 responses to “Grace to Show Up”